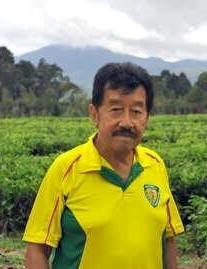 At the end of March 2020 during the crucial situation and condition of the spread of the Corona Virus in Indonesia, the Athletics World, especially the Indonesian Athletics Federation, were shocked by a piece of deep grief news which was the passing away of Indonesian Athletics President, Mr. Mohammad “Bob” Hasan. He passed away peacefully on Tuesday, March 31, 2020, at 11:00 AM in Jakarta after struggling with cancer for the last few months.

Bob Hasan has been the President of the Indonesian Athletics Federation since 1978 and has contributed greatly to the development of Athletics in Indonesia to the World Level. One of which was delivering Lalu Muhamad Zohri to become the Junior world champion in 2018 in Tampere – Finland with a performance of 10,18 seconds and passed the Tokyo 2020 Olympic limit with a performance of 10.03, second at the Seiko Golden Grandprix in Osaka Japan in May 2019.

In Asia, Bob Hasan became President of the Asian Athletics Association from 1991 – 2000. One of his meritorious services in the world of Asian Athletics coaching education was to establish and oversee the IAAF Regional Development Center in Madya Stadium, Jakarta in 1988 which is now named ADC – Jakarta. Many Coaches has been created through the Coaching Education System in IAAF RDC Jakarta and has contributed to the development of Athletics performance, especially in South and Southeast Asian countries.

Owing to his high dedication as an Asian Athletics figure, Bob Hasan had received many charters from IAAF and AAA as the best athletics elder member.

Goodbye Mr. Bob Hasan, may your soul rest in peace and may God give you the best place by His side. Aamiin