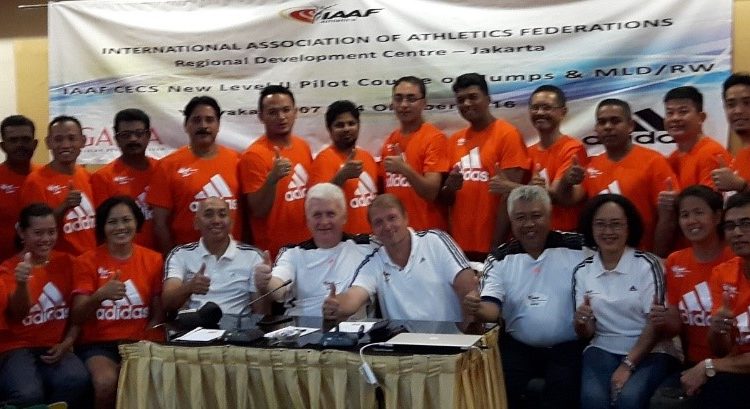 The pilot Course, which was attended by 13 MLD/RW Coaches and 13 Jump Coaches from 12 different countries, was conducted in Yogyakarta on the 7th – 14th of October 2016. The appointed 26 Coaches were selected from the eligible CECS Level I Coaches (old system).

The most interesting learning process in the class for all Participants was Micro Cyclus Puzzle because they never got before in their previous CECS Level I class.

The Participants had to fulfill three kind of examination that were Theory, Planning Session, dan Oral Exam. As conclusion of the Course, debriefing was done after all examination completed. The Lecturers informed the result personally to each Participants and explained their competency achievement to Level III.

Course was officially closed by the Lecturers at 14th of October 2016 by rewarding certificates to all participated Coaches.